Iris of the Rainbow is a detailed illustration of one of the Parthenon Marbles. This illustration is part of a series of works which raise awareness of stolen Greek cultural artefacts which reside in the British Musem.

The Greek government and the Hellenic Diaspora have consistently called upon the British Museum to return these cultural artefacts to their rightful home in Athens, Greece.

The British Museum has to this date declined to do so. 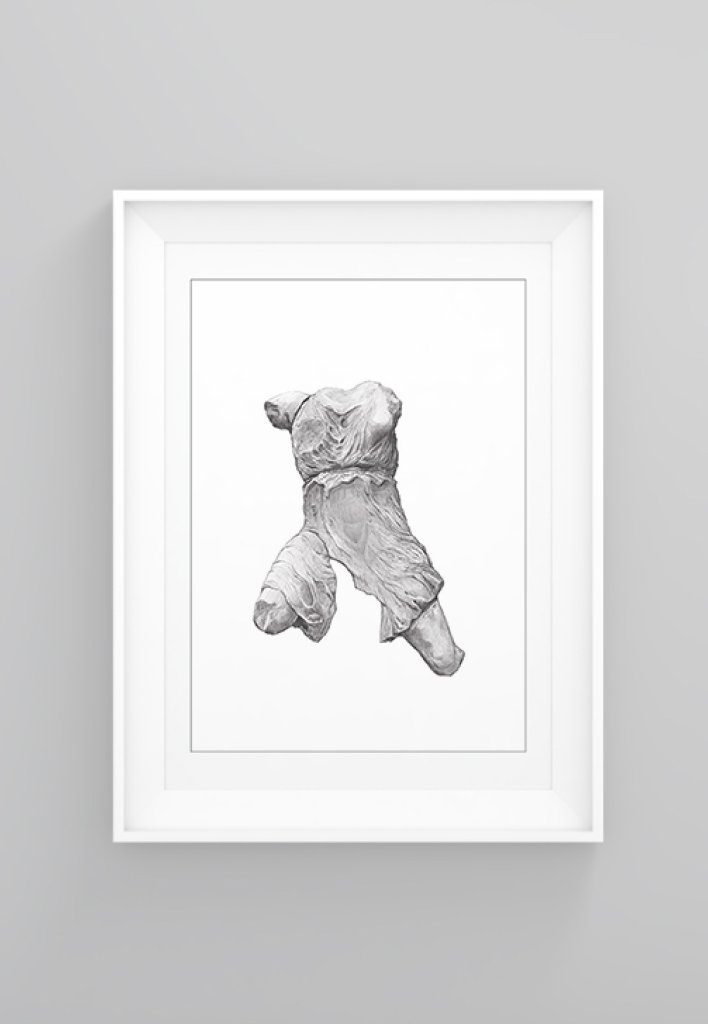 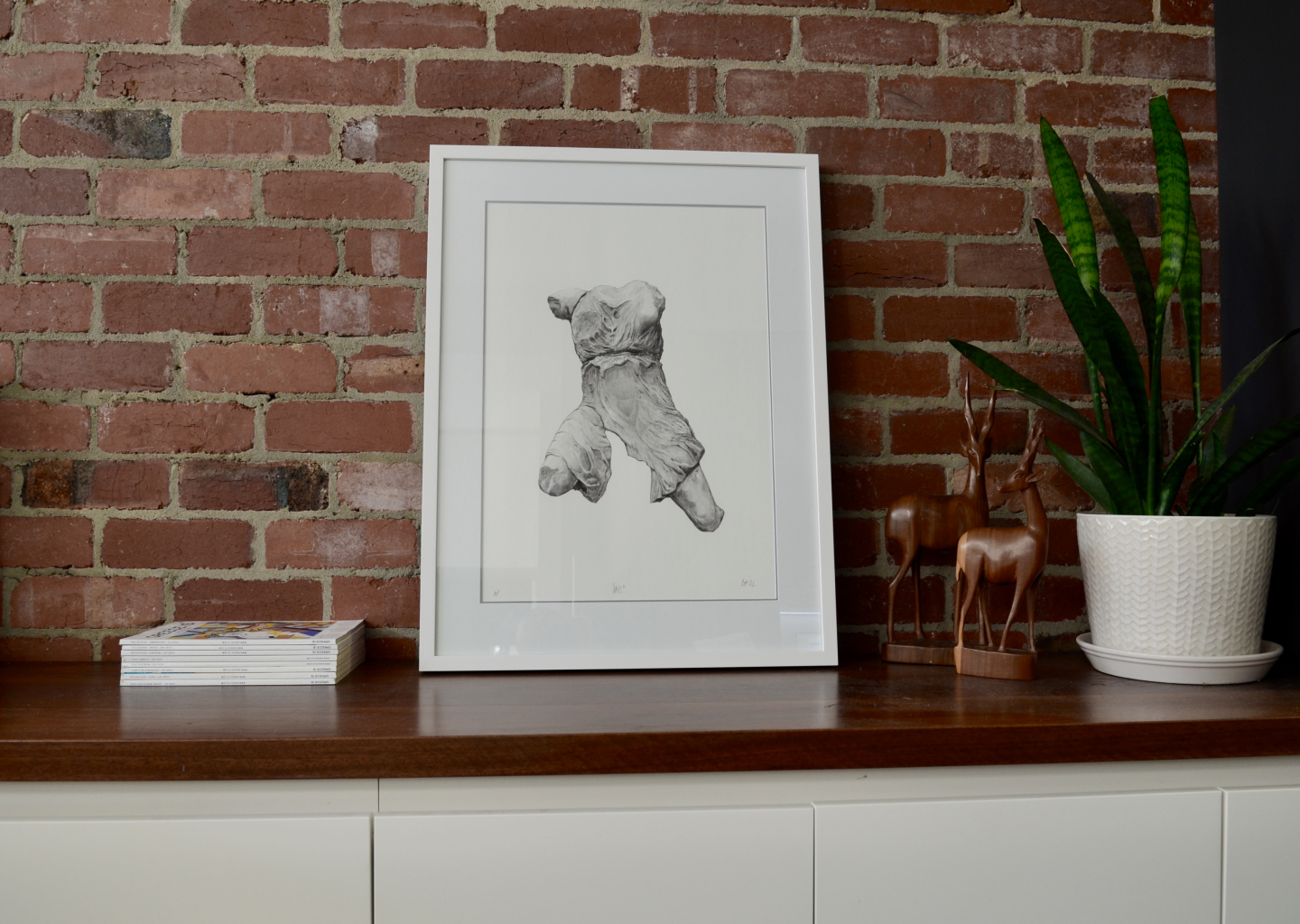 The original illustration is made of raw graphite on textured fine art paper.

Each print is framed and prepared to order. 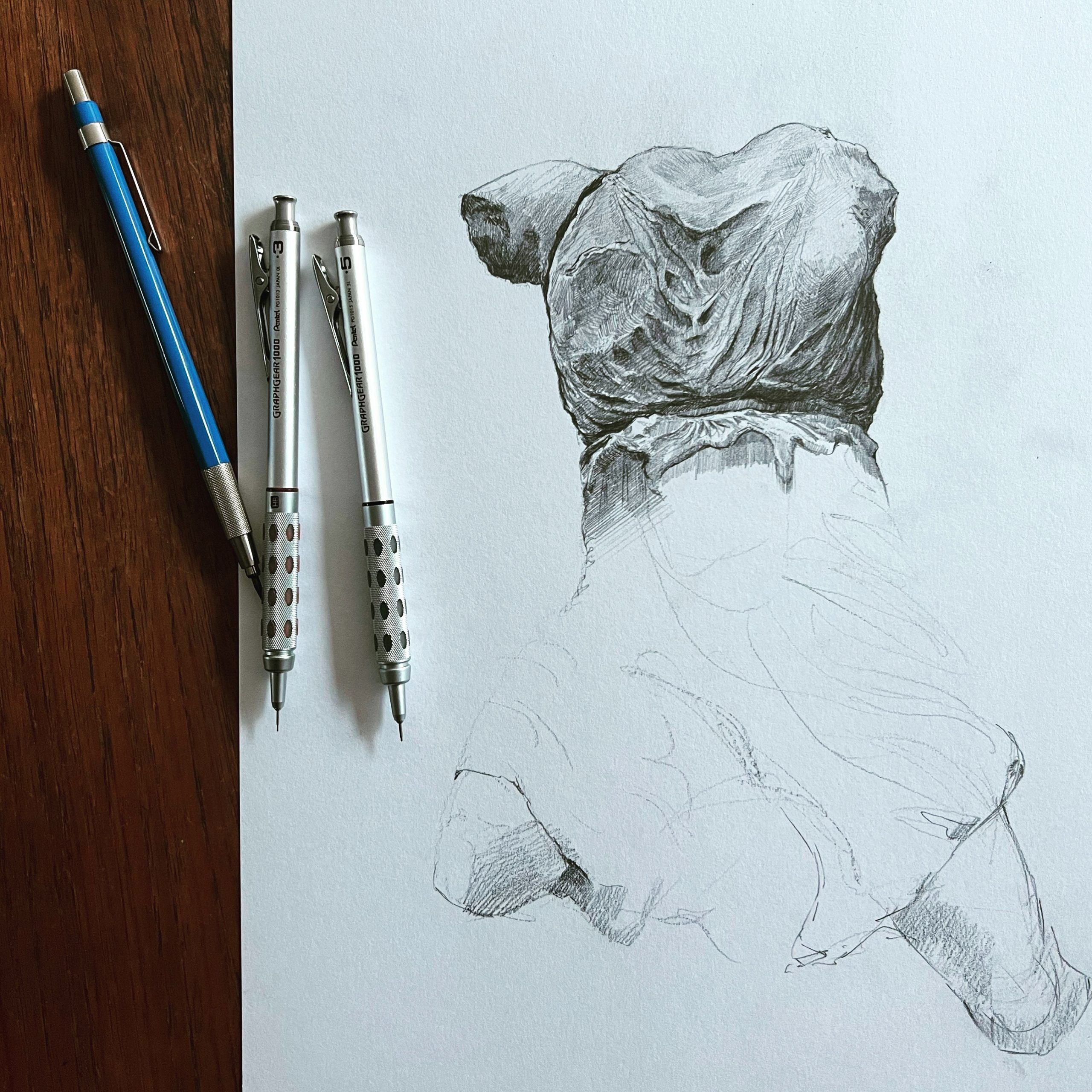 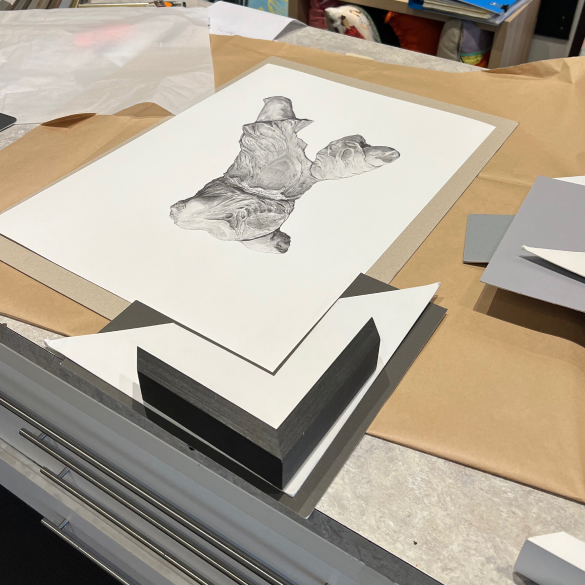 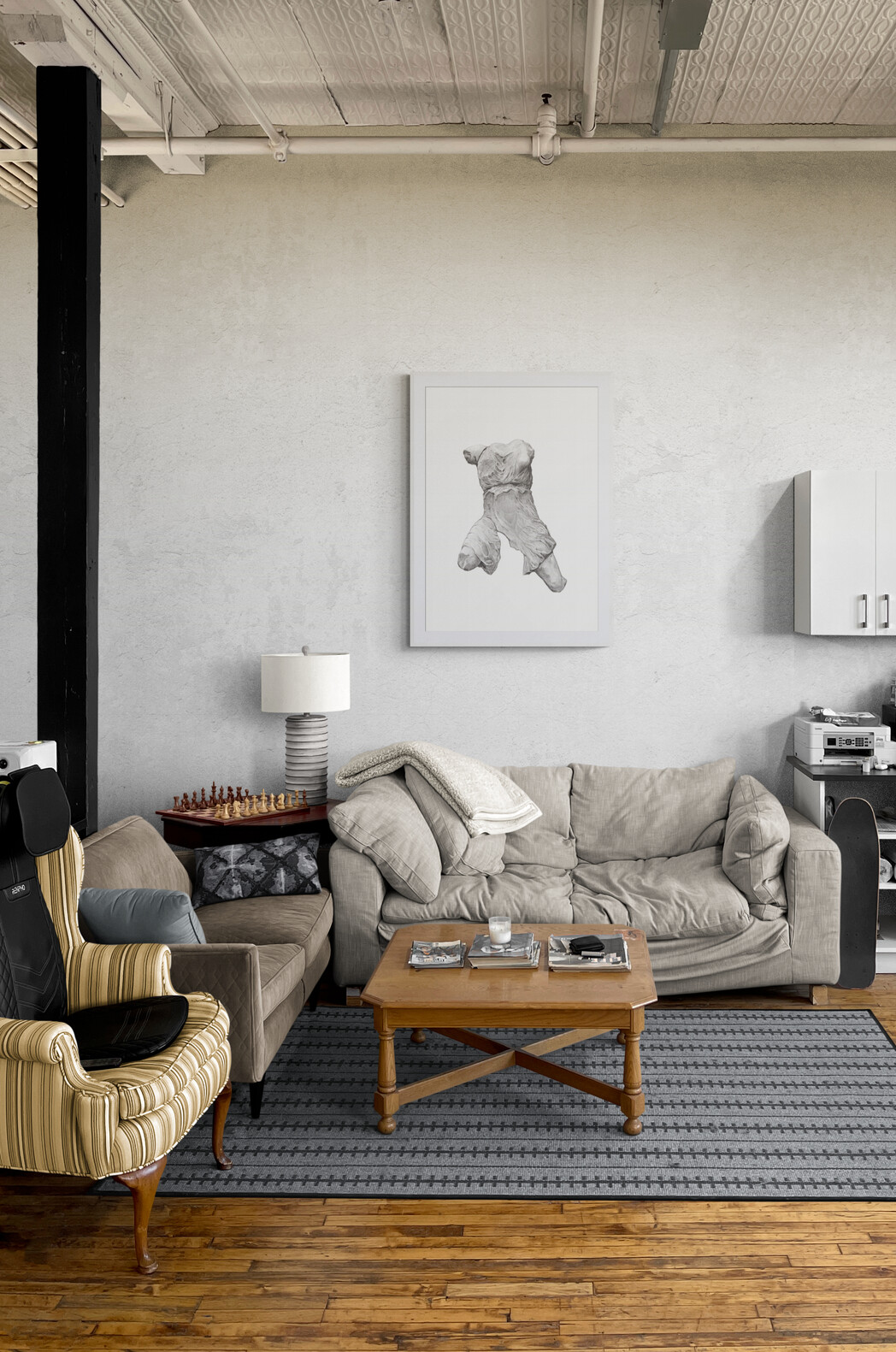 Each print is presented in a custom gloss white frame with a double card mount of white and subtle light grey card to accentuate the graphite work.

Every limited edition print is also signed and numbered by the artist.

Iris was both the personification of the rainbow and a messenger to the ancient Greek Olympian Gods.

In ancient art Iris was depicted as a young goddess with powerful wings bearing messages and water for the gods.

Like many of the ancient Greek works, Iris is depicted as a woman of strength and feminine power — depicted in sculpture with the wind pushing against her drapery as she flies through the air.

This illustration is of a sculpture of the goddess Iris created by Pheidias in 438BC - 432BC which once resided on the west pediment of the ancient Parthenon before it was taken by British military.

A marble statue from the West pediment of the Parthenon. The West pediment showed the mythical contest between Athena and Poseidon for supremacy over the land of Attica.

The sculpture survives as a female torso preserved to the knees. The statue wears a short, sleeveless chiton girdled at the waist, probably with a metal girdle that is now missing. The drapery clings to her body in some places, while elsewhere the folds of material flutter around restlessly.

Arms and wings, which were inserted into the shoulders at the back, are missing. It has been suggested that the missing head could be the so-called Laborde head, now in the Musée de Louvre, Paris. The statue has been identified as Iris, the winged messenger goddess. The movement of the drapery and the pose of the sculpture suggest the rush of wind against her body during flight. 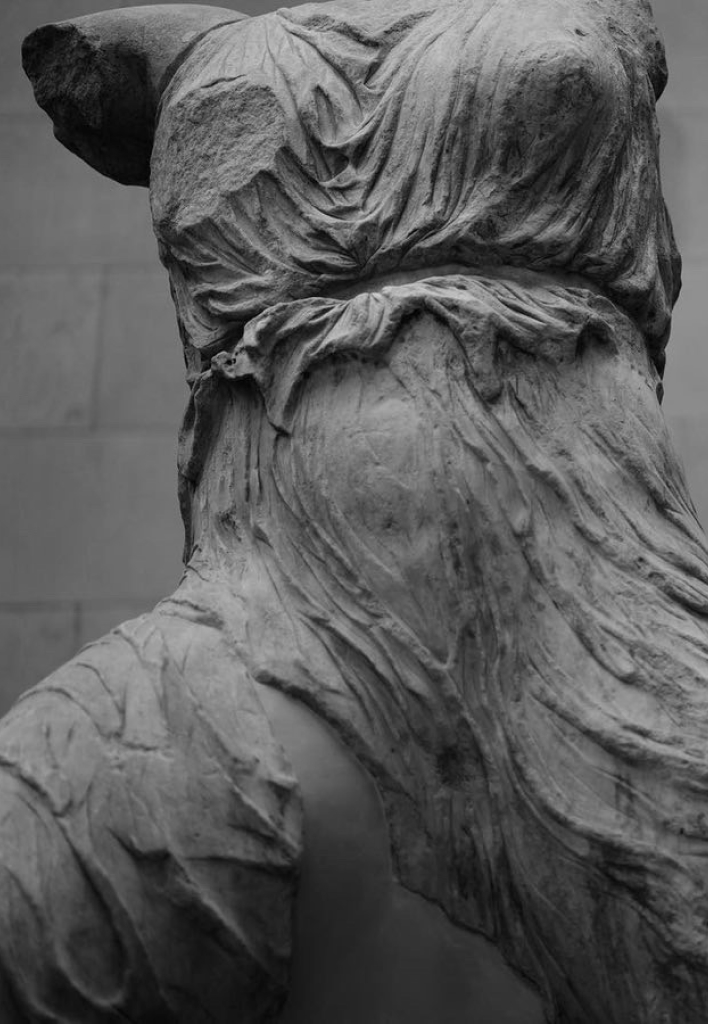 All frames are safely packed
to avoid damage during shipping by Pack Send Australia.

Australia-wide shipping.
International shipping.
Local pick up available in Melbourne, Australia.
Shipping calculated once your order is submitted and charged to you seperately.

The Collection
Iris of the Rainbow﻿